Community Gardening Give it A GO!!!! 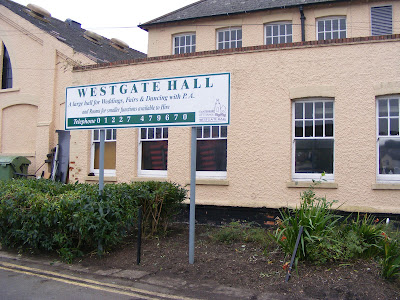 The Westgate Community Trust (Canterbury) have with permission taken over the 'garden' surrounding the hall. The above picture would be better if we had taken a before and after shot!!  but believe me those shrubs were blocking out the light to the downstairs windows of the hall. 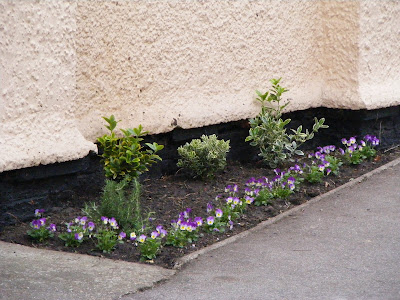 We also got some plants and bulbs from Meadow Grange Nurseries to improve little uncared for weedy patches around the hall.
So basically look at what you can do for the community, what we achieved above cost us nothing but 15 volunteers time, we got a SERCO man and a van for free to take the mounds of vegetation we had cut away & free plants so support your local community & get some community spirit going!
Some good links are the Federation of City Farms and Community Gardens the BBC Whats a Community Garden Thrives community gardening projects for those with various disabilities and Guerilla Gardening
Posted by Fraxinus at 17:08 1 comment: 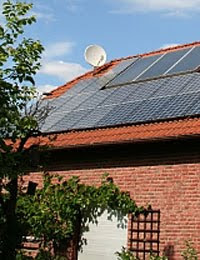 30 organisations will benefit from the GreenThink! © programme, a free personalised innovation and advice service provided by experienced consultants at The Centre for Sustainable Design (CfSD). This includes a workshop process using a range of unique creativity techniques to maximise high quality idea generation. CfSD will produce a report highlighting recommendations from the workshop and then provide follow-up research and advice related to sustainable product design and development, innovation, funding, marketing and commercialisation.

Support can help with:

Green Space is Good For You!! 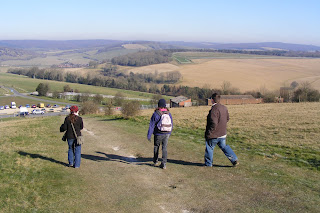 There is more evidence that living near a 'green space' has health benefits.Research in the Journal of Epidemiology and Community Health says the impact is particularly noticeable in reducing rates of mental ill health.

The annual rates of 15 out of 24 major physical diseases were also significantly lower among those living closer to green spaces. One environmental expert said the study confirmed that green spaces create 'oases' of improved health around them.

The researchers from the VU University Medical Centre in Amsterdam looked at the health records of 350,000 people registered with 195 family doctors across the Netherlands.

Only people who had been registered with their GP for longer than 12 months were included because the study assumed this was the minimum amount of time people would have to live in an environment before any effect of it would be noticeable. 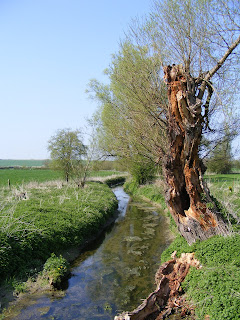 The percentages of green space within a one and three kilometre (0.62 and 1.86 miles) radius of their home were calculated using their postcode. 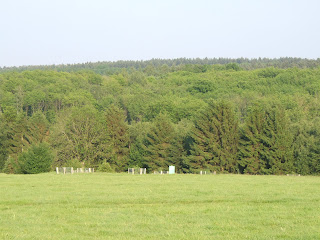 The health benefits for most of the diseases were only seen when the greenery was within a one kilometre ( 0.62 miles ) radius of the home.

The exceptions to this were anxiety disorders, infectious diseases of the digestive system and medically unexplained physical symptoms which were seen to benefit even when the green spaces were within three kilometres of the home.

The biggest impact was on anxiety disorders and depression.

For depression the rates were 32 per 1000 for the people in the more built up areas and 24 per 1000 for those in the greener areas.At least part of this 'oasis' effect probably reflects changes in air quality

Professor Barbara Maher, Lancaster Environment Centre
The researchers also showed that this relation was strongest for children younger than 12.They were 21% less likely to suffer from depression in the greener areas.

Two unexpected findings were that the greener spaces did not show benefits for high blood pressure and that the relation appeared stronger for people aged 46 to 65 than for the elderly.The researchers think the green spaces help recovery from stress and offer greater opportunities for social contacts.They say the free physical exercise and better air quality could also contribute.

Dr Jolanda Maas of the VU University Medical Centre in Amsterdam, said: "It clearly shows that green spaces are not just a luxury but they relate directly to diseases and the way people feel in their living environments."

A Green Grants web site you can join to sign up for a newsletter on green issues and funding information is Green Grants Machine part of the company J4B's funding consultancy in the UK. Not a huge amount of information but a useful update.
Posted by Fraxinus at 17:08 No comments: 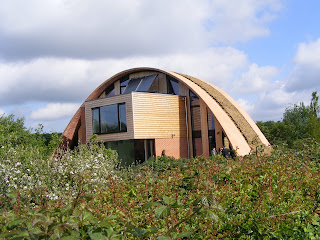 Designed by Richard Hawkes, Crossway is one of the first zero carbon houses in the UK. The building explores the uniqueness of 'place' as well as harnessing solar energy to generate all its own electricity and thermal energy. 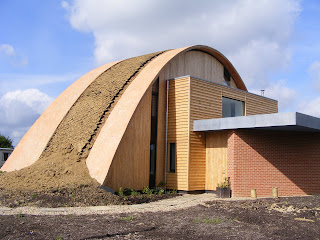 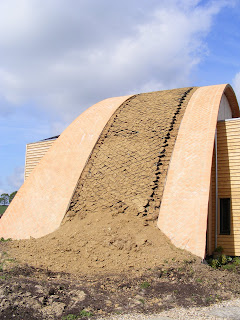 The earth piled onto the parabolic arch has just been sown with wildflower seeds taken from local Kent sources including Marden nature reserve to give it the correct flora and perhaps even eventually Orchids may be found growing on the roof!! 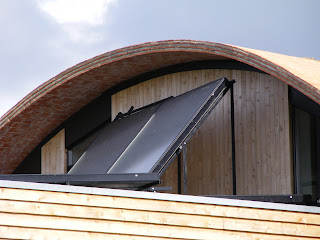 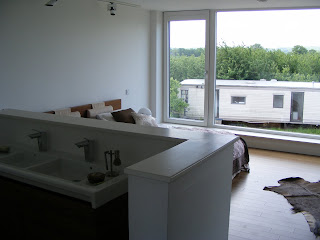 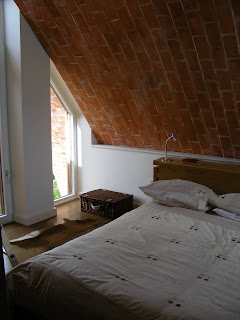 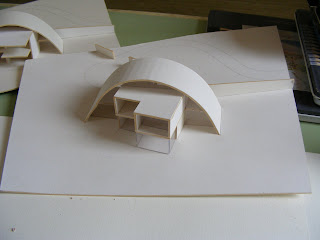 Above and below various architects models used during the design process 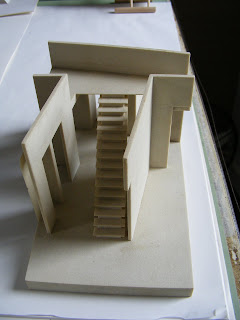 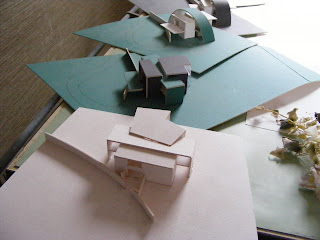 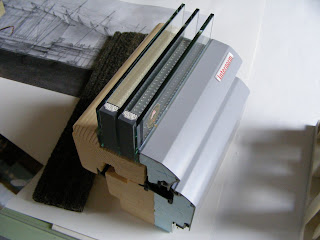 A X section of the triple glazing units

The building featured on Channel 4's 'Grand Designs' programme and full details of the build can be seen here
Posted by Fraxinus at 01:57 No comments: